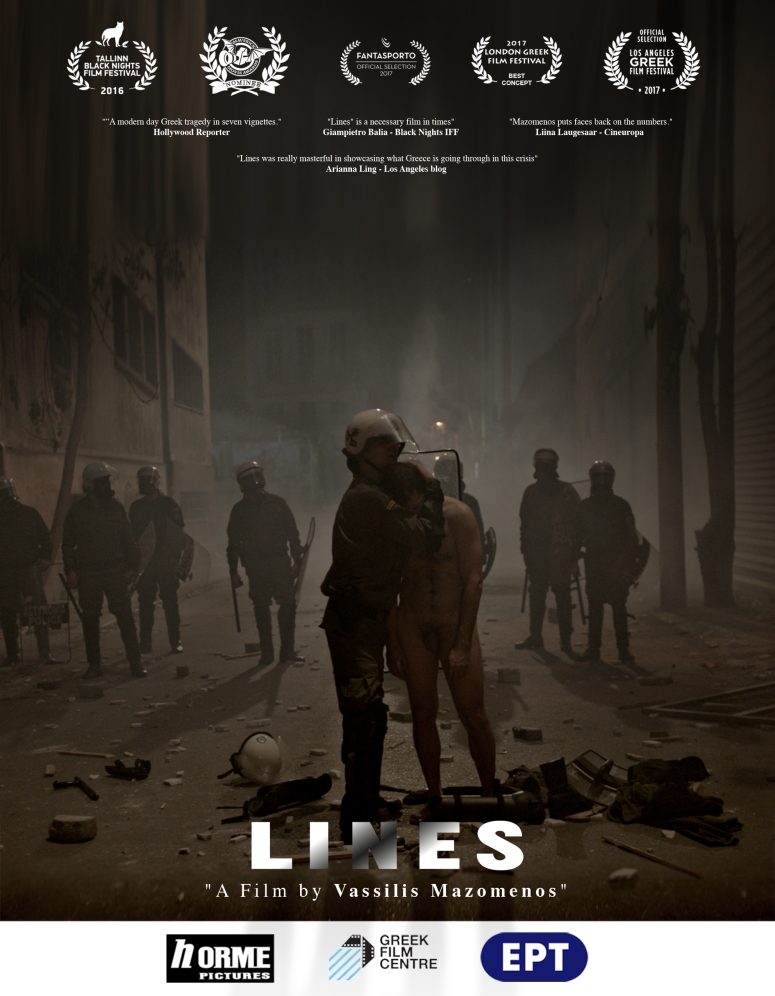 A operator endeavors to help people keep on living and hoping.
————————————————————-
Storyline : Greece now days. Seven different stories about seven persons who have already reached their limits and finally fall apart. Despite their seemingly obvious connection they are simultaneously connected through a common desperate action: the last phone call to the psychological support center called “life line”. It’s their last hope. As no one can really help them, even then, they all remain another part of the contemporary Greek tragedy.
—————————————————————

Member of both the European Film Academy and the Hellenic Film Academy, Vassilis Mazomenos dutifully pens and helms a modern day Greek tragedy, told through the lives of seven individuals crushed by the economic crisis.

Seven chapters about seven broken individuals, build a tragical unicum about what it means to live in Greece in these hard times of financial restraint. “The company”, “the factory”, “streets”, “batman”, “the farm”, “live” and “the terrace” are the names of the episodes representing the whole gamut of a class-riven society. The leading thread connecting all these stories is a psychological support center called “life line” to which the protagonists of each episode call to get their pain off their chest and ask for help, comprehension and support.

A stifling symphony of defeat for human kind as a whole, “Lines” is a necessary film in times in which numbers and ideological yarns dominate the political agenda, much to the disadvantage of the millions of individuals ensnared in a system that has proven to be frail and unreliable. The inspiration for the film comes from the numerous suicides that shook the Greek society in the years following the burst of the economic crisis. Long takes give the time and room to the actors to deliver their trenchant, harrowing performances. The film is shot only at night and, bolstered by a clean, dark cinematography and murky locations, it serves as prescient afflatus to beget much needed critical thinking.